The chemokine with chemotactic activity CCL5 is a 7.8 kDa protein and was discovered in activated T cells. Has been named RANTES for “Regulated and Normal T cell Expressed and Secreted”, CCL-5 is a name used synonymously.

CCL5 is now known to be secreted by many other cell types, including macrophages, endothelial cells, tumor cells, smooth muscle cells, platelets, and hepatic stellate cells. These small proteins regulate the positioning of cells, and are involved in a wide spectrum of biological processes such as homeostasis, angiogenesis, metastasis, immune response, Inflammation and Chemotaxis.

The recognition of pathogenic viruses by the immune system, occurs by involving of pattern recognition receptors, leads to early production of cytokines. Those include interferons (IFNs), essential for the antiviral response proinflammatory mediators, and chemokines. CCL5 is an early expressed chemokine that can also be induced by TNF-a and IFN-g at later stages of infection. The production of CCL5 has been observed in most viral infections of the respiratory tract. These include infections by hantavirus, reovirus, adenovirus, coxsackie virus, rhinovirus, respiratory syncytial virus (RSV) and the well-known coronavirus and influenza virus.

Neuroinflammation, or inflammation in the central nervous system (CNS), must be carefully regulated to avoid immune-mediated neuronal death. CCL5 is induced in several models of viral CNS infection, and participates in the activation of microglia and in the recruitment of T lymphocytes and NK cells, that could either result in pathogenesis or viral elimination.

Infectious liver diseases are a major threat to human health. The Hepatitis C virus (HCV) infection causes chronic hepatic inflammation with risk of developing cirrhosis and hepatocellular carcinoma. This increase of hepatic CCL5 could mediate leukocyte recruitment to the organ and contribute to the systemic inflammation.
Infections by some parasites may evolve to chronic illness with fibrotic liver injury, characterized by the formation of granulomas around parasite eggs. In a study, the liver granulomas of chronically infected mice showed more cells and greater collagen deposition which was associated with higher levels of IL-5, IL-13, CCL3 and CCL5.
Allergic inflammatory diseases usually develop in tissues that present large epithelial surface areas, such as the lung, skin and gut. In animal models of acute allergic inflammation, cytokines and chemokines such as IL-4, IL-5, IL-9, IL-13, CCL5 and CCL11 have been shown to induce eosinophilic airway inflammation, antigen-specific IgE production, and airway hyperresponsiveness.

The expression of CCL5 is detected in atherosclerotic plaques and in monocyte/macrophages. CCL5 is associated with chronic inflammation and may play a direct role in angiogenesis and in other angiogenesis-dependent processes, such as the progression of some tumors.

There are many epidemiological and clinical studies in several human diseases demonstrating the expression of CCL5 and correlation with indices of disease activity. 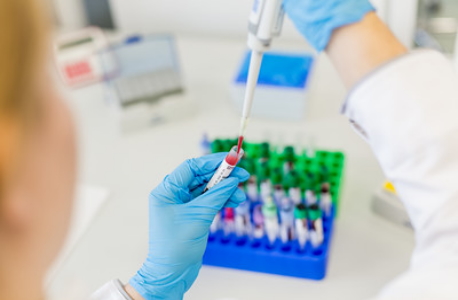