The primary function of T-cells is to stimulate B cells by providing specific and nonspecific cytokine like IFN-g and IL2.

An antigen is a substance (usually foreign) that reacts with an antibody and may stimulate an immune response. A large structure such as a protein, virus, or bacterium contains many subregions that are the actual antigenic determinants or epitopes. These epitopes can consist of peptides, carbohydrates, or particular lipids of the correct size and three-dimensional configuration to fill the combining site of an antibody molecule or a T-cell receptor. So, when the antigen gets into the body it connects to the antibody molecule and a T-cell receptor (the viruses connect more strongly to antibody molecules and bacteria with T-cells receptors), T-cells stimulate B cells by providing specific and nonspecific cytokine.

The i-Spot Assay (Enzyme-linked Immuno-Spot Assay) is able to detect T cell responses on single cell levels and thus characterizes the immune response of the tested individuals. The visualization of the secreted cytokines produced by T cells, stimulated with specific antigens, provides a differentiated picture of the immune response to monitor the disease progression and determine the cellular immunity after infection.

The i-Spot test is based on the variability in correlation with the number of activated T-cells and respectively the secreted IFN-g and IL2.
IL-2 is a 15.5 kDa cytokine secreted by antigen-activated T cells. Originally identified as a T cell growth factor IL-2 is now known to have a wide range of actions, including the ability to boost the cytolytic activity of NK or lymphokine-activated killer cells, increase the cytolytic activity of tumour-infiltrating lymphocytes (TILs), augment immunoglobulin production by activated B cells, maintain homeostatic proliferation of regulatory T cells, act on innate lymphoid cells, and modulate effector T cell differentiation, as well as having actions on memory T cells, effector T cells, and monocytes. Generally, the IL-2 represents the memory function of the immune system and thus a convalescence.

IFN-γ has emerged as an extremely versatile cytokine that can carry out countless biological activities that are non-redundant with other interferons. IFN-γ ist mit einer akuten bzw. aktiven Infektion assoziiert. The literature is inundated with reports that emphasize its importance in disease pathologies. Consequently, any failure in the IFN-γ-IFN-γR system severely hampers host immune responses to infections. Thus, its relevance with regard to conferring protective immunity in infectious diseases and cancers is undisputable. Numerous evasive strategies have been devised by pathogens to overcome its curbing effects and circumvent the protection conferred by IFN-γ. IFN-γ is associated with an acute or active infection, whereas IL-2 represents memory Function of the immune system and thus represents convalescence.

The relationship between the IFN-γ and IL-2 response allows a differentiated statement about the immune status during and after infection. Thus, the i-Spot 2-color EliSpot assay is a universal solution for determining the immune status of both active and as well as in the case of an infection that has been present for a longer period of time.

The Enzyme-linked Immuno-Spot Assay technique promise to be the new gold standard for different applications in the field of infectious diseases, for questions in autoimmunology, for transplantation diagnostics, allergy (therapy monitoring) and for vaccination studies. 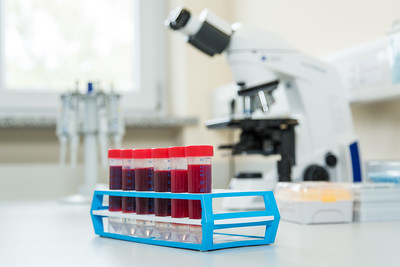 There are many infections which can be detected with this test: